A radio button allows the user to choose only one option from a set of options. These options do not overlap i.e. are mutually exclusive. Radio buttons should be used when selecting Gender selection (Male or Female), type of bank account to be opened (Savings or Current).

To create a Radio button: 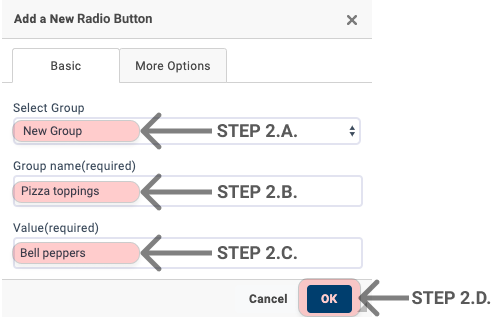 After you are done creating Radio buttons, you can preview them by clicking the ‘Preview’ button in the bottom-left corner

To change the name (‘Value’) or the group of an already created checkbox: 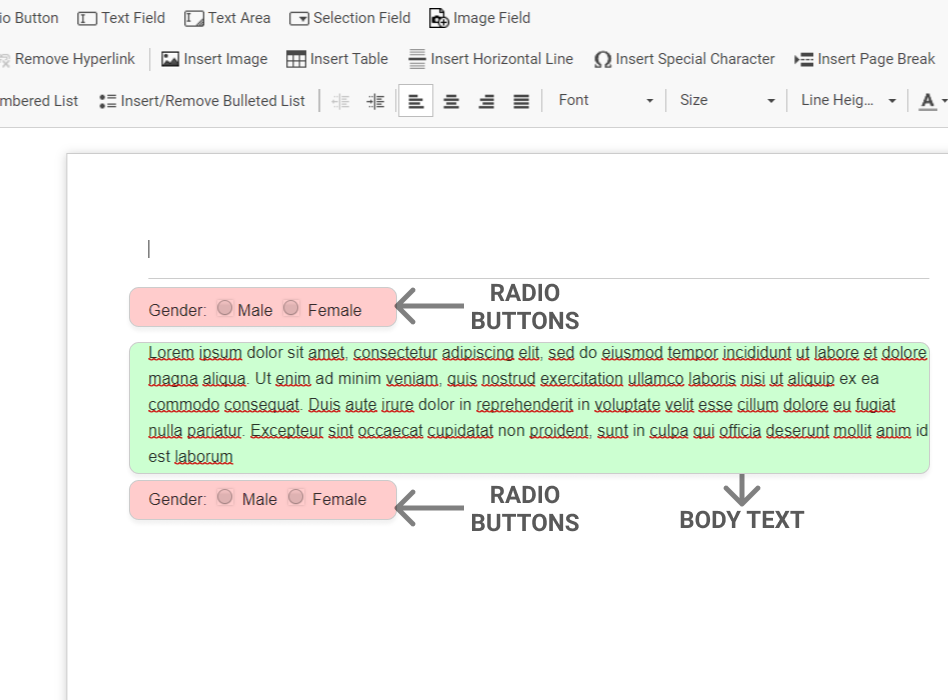 But, all Radio buttons have been grouped under the same Head since they shared the same Group Name. This is NOT a suggested practice. 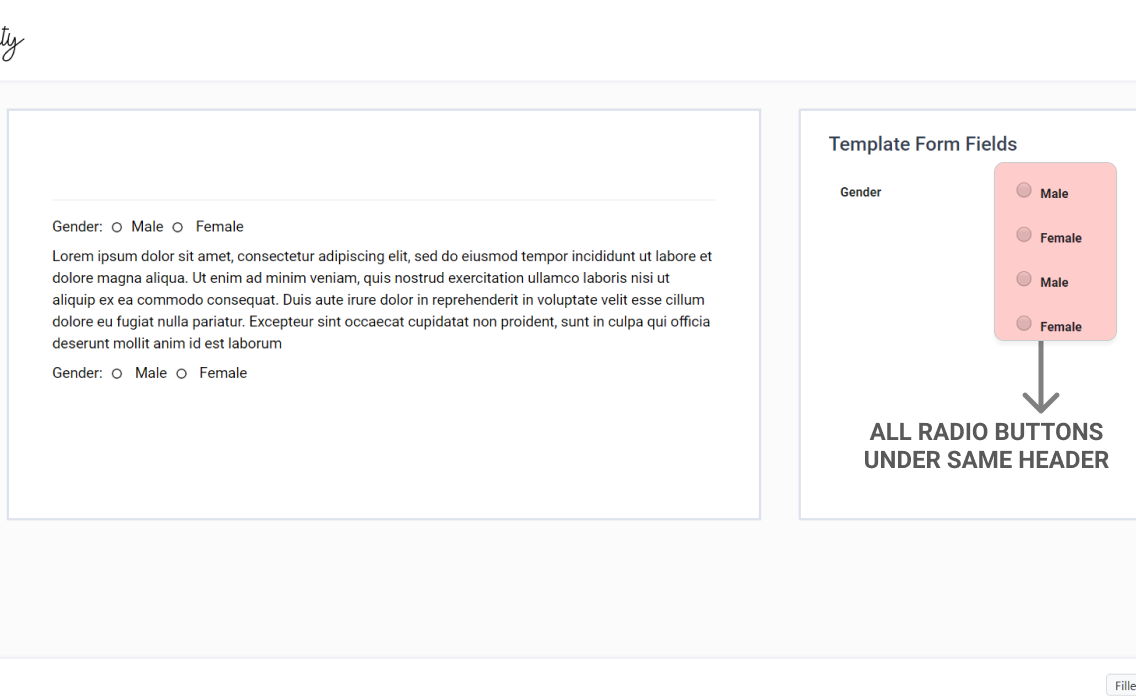 The correct way to group would be to create different (unique) group names for the second level of Radio buttons, as shown in the screenshot below. 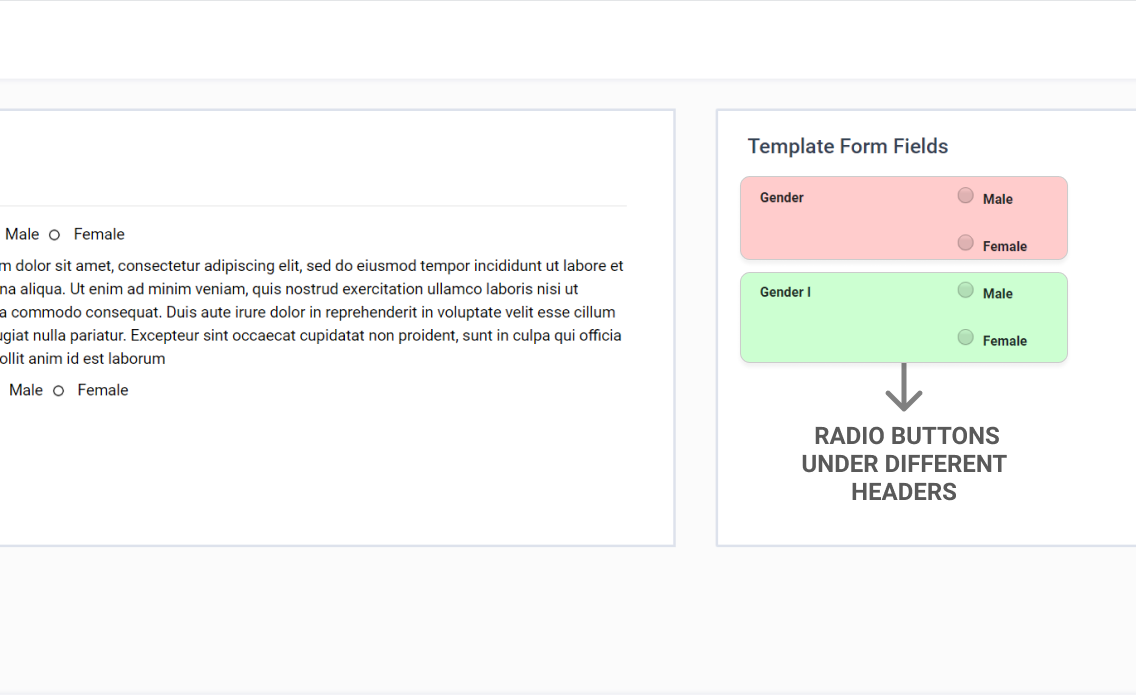 Below is how the radio buttons will look in the drafting and final filling stage respectively: